We’re incredibly excited to be covering Tramlimes this summer! This a festival is dear to our hearts as it happens across our own beloved city, Sheffield.

Tramlines is music festival spanning over the third weekend of July from 22nd – 24th. It will be offering four outdoor spaces with live music throughout the weekend as well as taking over a huge 15 venues across Sheffield including The Frog & Parrot, Bungalows and Bears,The Harley and the O2 Academy. 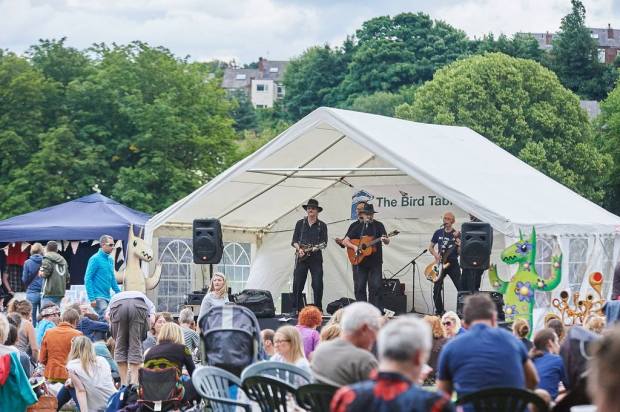 A huge 100,00 people flock to Shefield for this diverse event every year, making Tramlines a huge player in the UK festival scene. This explains why big time international musicians grab the chance to play on the main stage at our very own Ponderosa. Previous acts have included Ms Dynamite, Reverend & The Makers, Craig David, Roots Manuva, We Are Scientists, Katy B, Pixie Lott, Toddla T and The XX – with the festival’s reputation growing and enticing more and more artists every year.

Kick back on the grass (weather dependant!), relax and feel the vibrant festival energy running through the city.

The Buzzcocks on the main stage 2015, photo by Carolina Faruolo

One of the key strengths of the festival is it’s hige diversity of genres, with so many performance outlets there is space for everything from folk to rock, indie to funk. There really is no stone left unturned when it comes to the eclectic variety of music your ears can choose from! 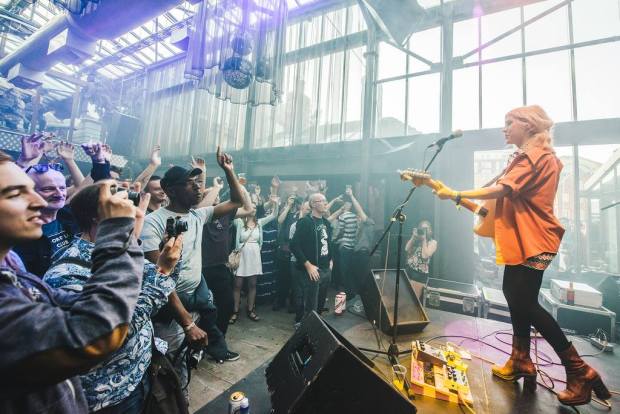 Electronic music dominates the night scene where the warehosues and nightclubs are overun by techno, house, grime and drum and bass lovers who can’t help but soak up the energy of a city alive with music.

Mr Scruff & MC Kwasi will be kicking off the Thursday night with set at Sheffield’s one and only Leadmill, a venue famous it it’s own right for playing to host to the likes of The White Stripes, Primal Scream, Muse, Oasis, Coldplay, Kings Of Leon, Kasabian and The Artic Monkeys, many before they later rocketed to worldwide fame.

Dizzee Rascal will be performing at the Ponderosa on Friday night, taking the crown as first official headliner at Tramlines 2016.

All funk and soul fans out there, take note! George Clinton and The Funkadelic will be bringing The Funk to the main stage on Saturday night, with Craig Charles continuing the party at the Foundry with a set seeing us through to the early hours of Sunday.

Tramlines has seen it’s fair share of vintage acts, on the Saturday afternoon in 2015 Martha Reeves dominated the main stage and got everyone dancing to her 60s hits. Later on, Basement Jaxx performed taking everyone for a ride back to the 90s with their popular songs “Good Luck”, “Romeo”and “Where’s Your Head At?”

The main stage was also graced by the iconic Sugarhill Gang, 90s rap and hip legends who will be followed this year by the equally iconic Jurassic 5 on Sunday evening. 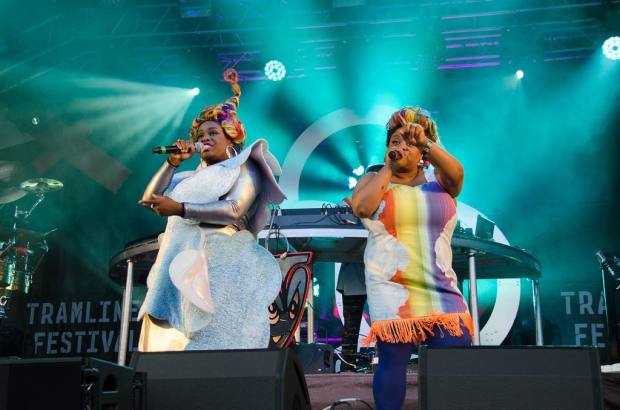 Tickets for Tramlines are a budget-friendly £42, rivaling many other UK weekend festivals which tend to average between £150 and £220.

We’ll be on the front line bringing you all important festival style updates, with the best dressed snapped and posted on our Instagram. Dress to impress, we’ll see you there!

There was an error retrieving images from Instagram. An attempt will be remade in a few minutes.